Extensive Copenhagen Pride Programme at the Museum of Copenhagen

13th-21st August the museum dives into stories about queer life in the Danish capital through the history.

Copenhagen is known as a diverse and open city. In fact, the travel guide Lonely Planet finds that it’s the most queer-friendly city in the whole world. However, for people whose love didn’t follow the traditional gender roles as defined by society, life has changed dramatically over the history of the past 1000 years. In connection with Copenhagen Pride 2022, 13th-21st August, the Museum of Copenhagen has created at number of events shedding light on queer history.

Join the Museum of Copenhagen’s historical city walk and learn about how Danish society and the city has been affected by sexuality ‘outside the norm’. Walk back in time and visit the idyllic Ørstedsparken gardens, which for several hundred years has provided shelter for sexual activity among men. We also walk through the inner city around Studiestræde and Larsbjørnsstræde, which in various ways has been characterized by queer life and past Nikolaj Church, where two women (one disguised as a man) were married in the early 18th century. 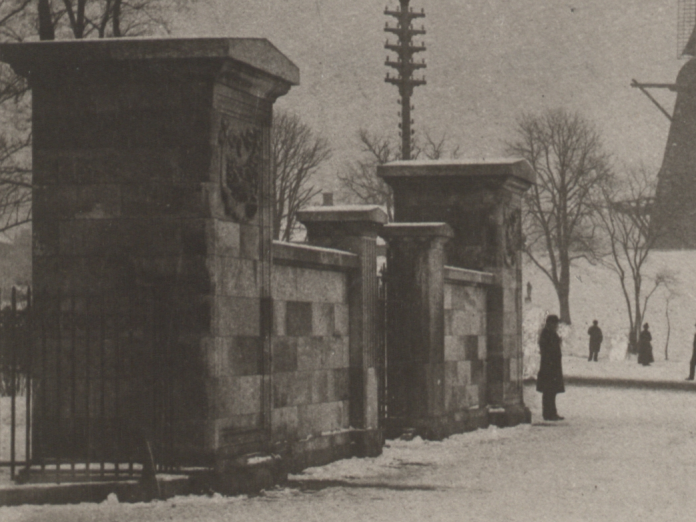 How was it to be queer in the course of Copenhagen’s history? The lives of those who have loved contrary to society’s conventions has changed considerably over the last 1000 years. At 10 stops in the Museum of Copenhagen’s permanent exhibition, we dive into stories of people who have stood out from the norms of their time. How do I access the audio walk? Enter the museum’s permanent exhibition on the first floor. The first sign is in room A Capital arises and each sign has two QR codes on it; one to access the story in Danish, the other in English. Point your smartphone camera at the QR code in your preferred language and you will hear the story. 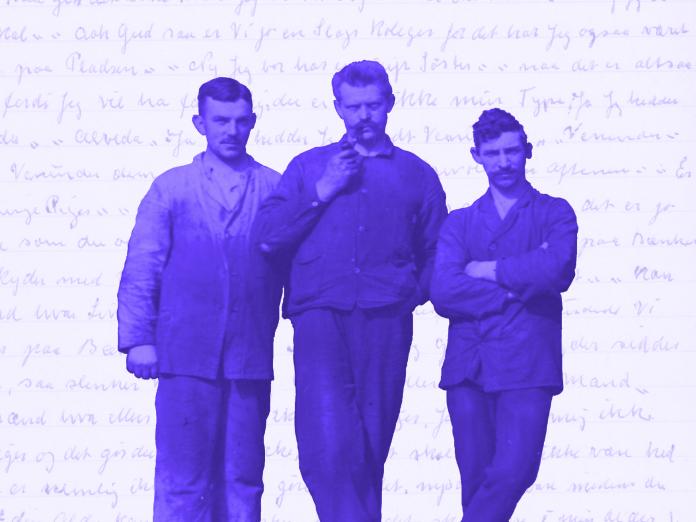 Join the Thursday bar with 90's music in the courtyard, beer and special 90's drink in connection with this year's Copenhagen Pride and the exhibition ‘Time capsules – Copenhagen in the 1990s’. Also visit other Thursday bars in the Cultural Quarter.

Visit the Museum of Copenhagen right behind the Copenhagen City Hall and enjoy quiet moment in the recently restored historical building: enjoy a cup of coffee in the beautiful café next to the museum shop with books and quality souvenirs – there is free access to both places. Or relax in the walled courtyard with historical plants and a view to the surrounding city. Also visit the exhibition about Copenhagen and the Copenhageners from the Ice age up until today – from  August 1st – with a special audio track about 1000 years of queer history in Copenhagen. 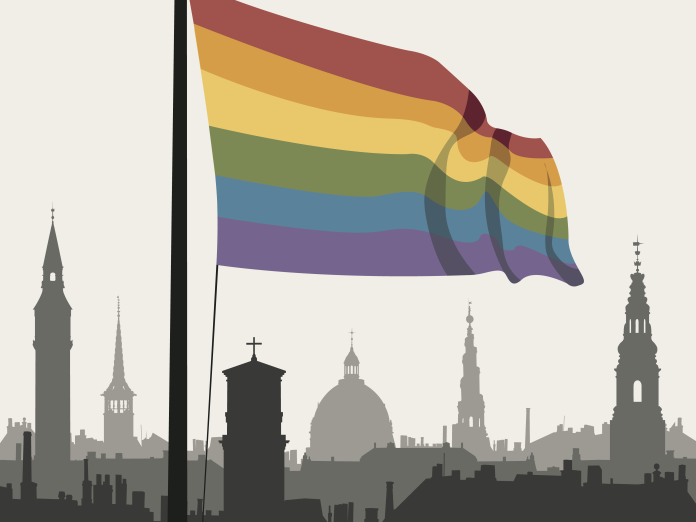 Podcast “Queer in Copenhagen through 1000 Years”

In this podcast we will dive into stories about queer life in the Danish capital. Stories that are not just about society’s views of love and of those who are different, but which also give some insight into how being different, in time has become recognised as a source of strength. An identity to be proud of and to share.
You can find the podcast “Queer in Copenhagen through 1000 Years” at Podbean, get it from your favorite podcast provider or here.